Lyme disease is the most common vector borne illness in the U.S. According to the Centers for Disease Control and Prevention, over 300,000 new cases are diagnosed yearly, making Lyme disease more common than previously thought.

Lyme disease is primarily focused in the Northeast, the upper Midwest, and regions of the Pacific Northwest, though you can contract it in other parts of the country. The most common seasons to develop Lyme disease are spring, summer, and fall, but it is possible to contract Lyme in the winter. 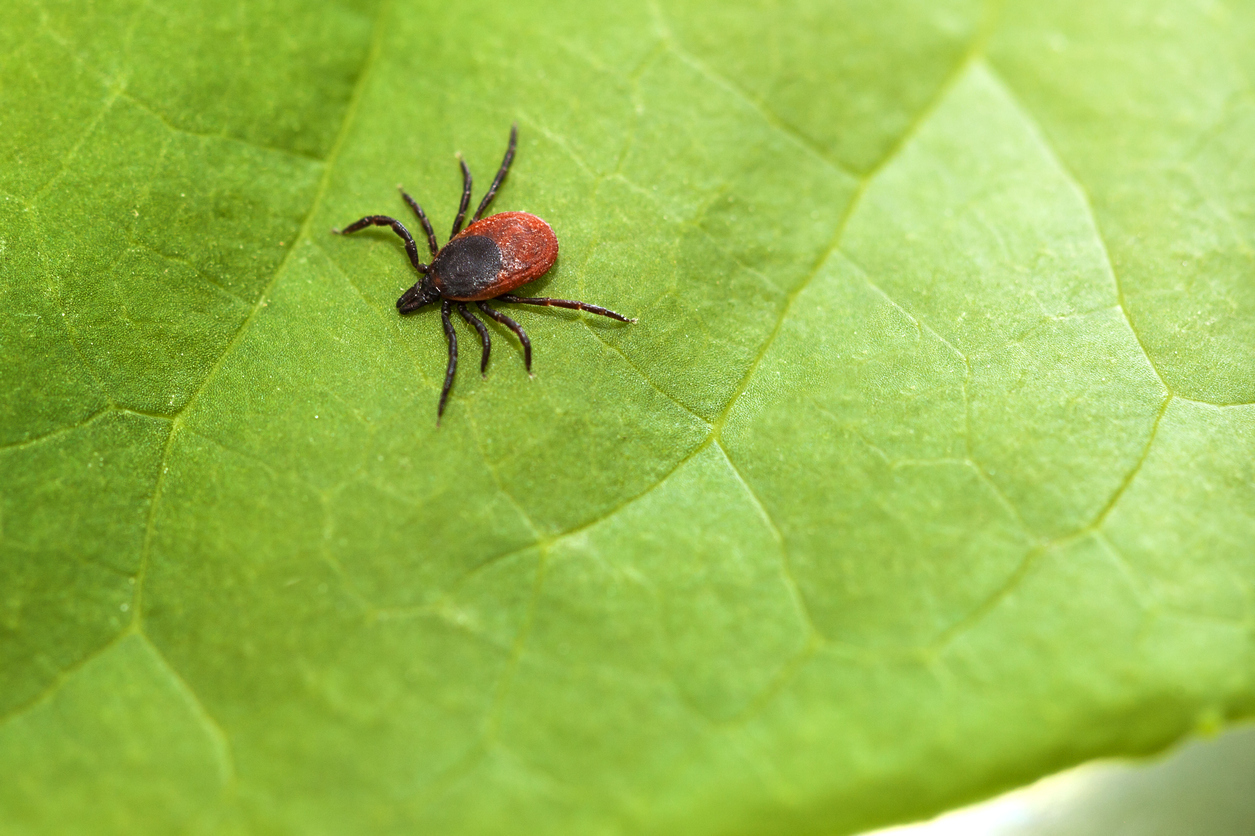 Lyme disease is transmitted through the bite of a tick infected with a bacterium, Borrelia burgdorferi.

What is Lyme disease?

“Lyme disease is a tick-borne illness caused by the bacteria Borrelia burgdorferi. Lyme disease can cause symptoms and illness of the skin, heart, joints, or neurologic system, so it's important for it to be detected early and treated with antibiotics,” says Dr. Nancy A. Shadick, Director of the Lyme Disease Prevention Program at Brigham and Women’s Hospital (BWH).

The signature “bull’s eye rash” rash is distinctive enough to make the diagnosis, but the rash is absent in approximately 20 percent of those who are infected.

How is Lyme disease diagnosed?

The primary symptom of Lyme disease is a red rash that can appear several days after infection. The rash can be small or grow large (up to 12 inches across), and may resemble a "bulls eye.”

The signature “bull’s eye rash” rash is distinctive enough to make the diagnosis, but the rash is absent in approximately 20 percent of those who are infected. To help confirm the diagnosis, your doctor may order lab tests to identify antibodies to the B. burgdorferi bacteria.

The first test is the enzyme-linked immunosorbent assay (ELISA) test, which detects antibodies to B. burgdorferi. If the ELISA test is positive, a western blot test is usually conducted to confirm the diagnosis.

Lyme disease is treated with antibiotics for several weeks by mouth or intravenously.

What are the symptoms of Lyme disease?

“If you don't develop a rash from Lyme disease, you can still develop meningitis or neuritis, such as Bell's palsy, which is facial paralysis. You can also develop arthritis which starts as migratory joint pain and then can evolve into a swelling of the larger joints of the body, particularly the lower extremity,” says Dr. Shadick.

Lyme disease can also cause cardiac abnormalities, most likely rhythm difficulties in the heart, such as heart block, dizziness with palpitations, or a slow heart beat.

How is Lyme disease treated?

If you have any of the symptoms of Lyme disease you should be evaluated by a doctor as soon as possible so you can receive treatment. Lyme disease is treated with antibiotics for several weeks by mouth or intravenously.

How to Prevent Lyme disease

There are many things that you can do to prevent getting bitten by a tick, ranging from avoiding tick areas such as the brush, tall grasses, or forests with lots of leaf litter. You can wear long sleeves and long pants with your pants tucked into your socks to prevent a tick bite.

In this video, Dr. Nancy Shadick describes how to prevent bites from ticks which transmit Lyme disease, how to remove ticks and how to recognize the symptoms of Lyme disease.